Today I just wanted to do a quick post to share some photos from our Anniversary morning spent at Balboa Island in Newport Beach. For our Anniversary last month, we had originally planned to go camping … but with Al’s nagging back injury, we decided that sleeping on the ground wouldn’t be such a good idea for him, and so we headed down to Newport Beach instead, to check out Balboa Island … something that had been on our list for the last couple of months! 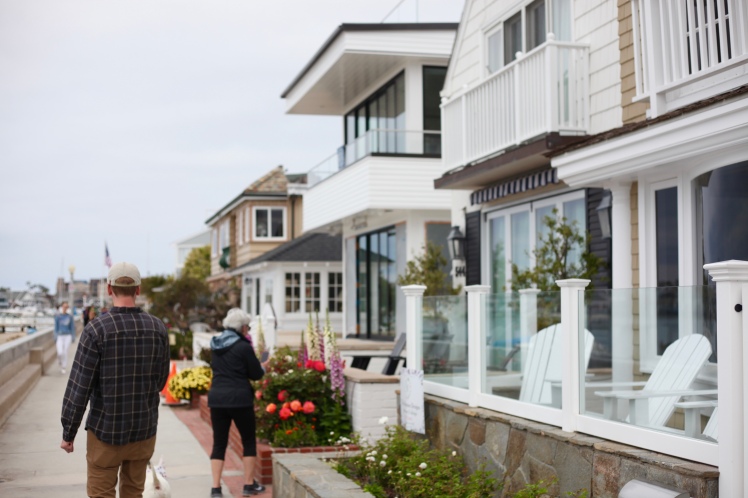 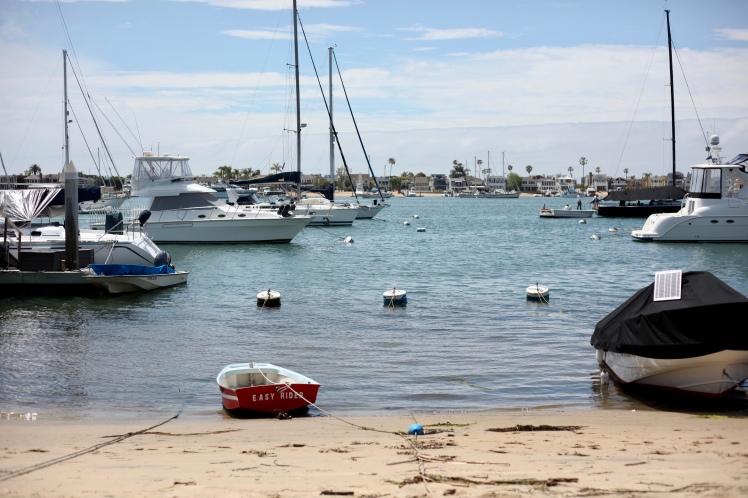 The drive was just under an hour for us, heading south on the 405, and so we spent a couple of hours walking around the island in the sunshine, mesmerized by all of the beautiful homes down there (it has some of the most expensive real estate in the country!) I think, between the two of us, we must have talked about how much we loved the area, probably 30 times, ha! 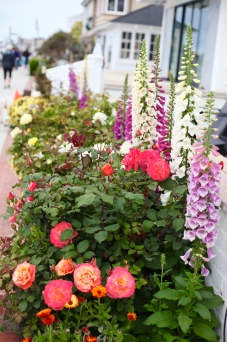 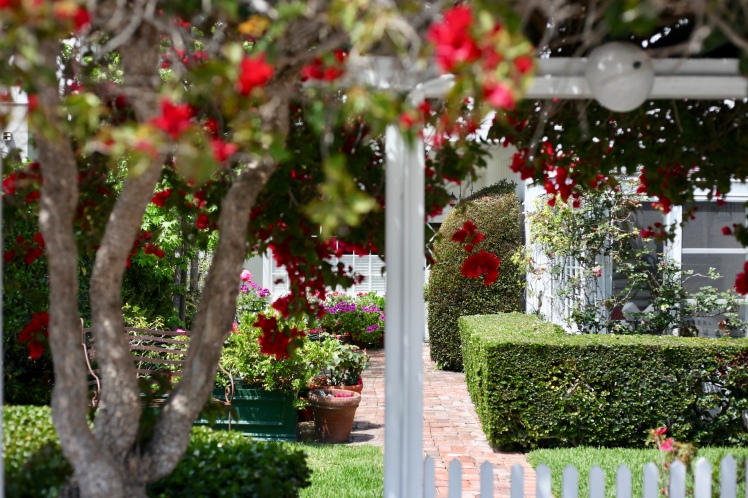 Balboa Island is easily accessed from Newport Beach by a bridge or ferry ride (we drove directly onto the island via the bridge because it was the off-season so parking wasn’t an issue for us). The ferries are cool because they can transport up to three cars at a time and take you right onto Balboa Peninsula, where there is a big Ferris wheel and lots of shopping. We stayed on the main island (with plans to check out the Peninsula next time!) and moseyed our way up and down Marine Avenue which is the Island’s Main Street … lined with small businesses and restaurants. It’s adorable. 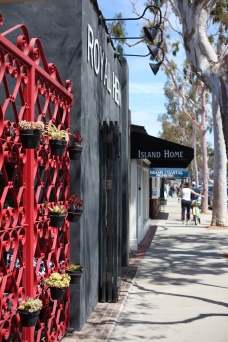 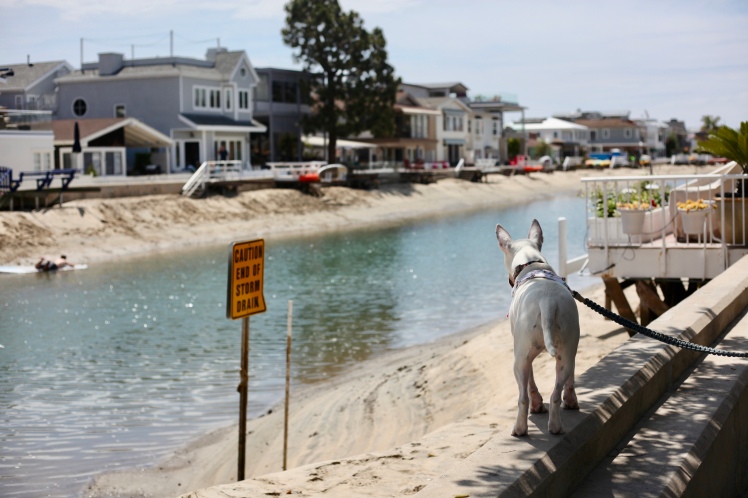 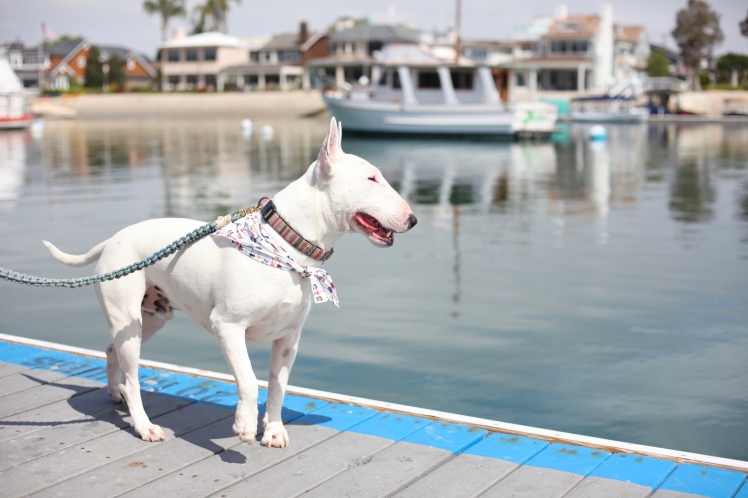 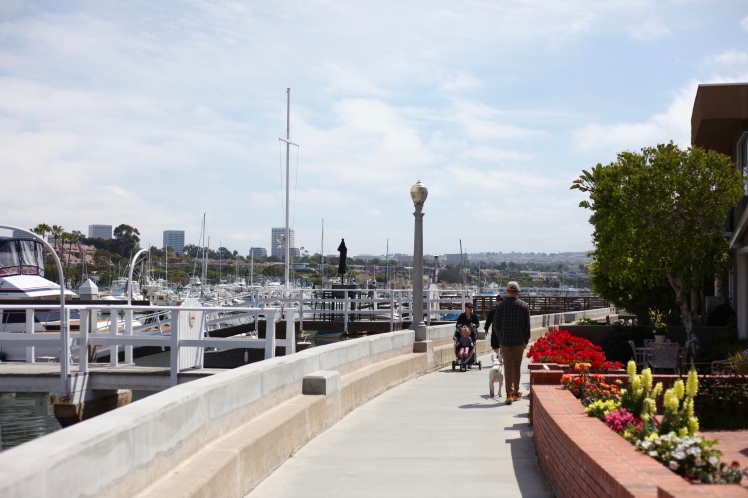 Balboa Island, though, is ultimately just another local community like anywhere else! It’s filled with beautiful homes and yards full of bright flowers, and everyone we came across was super dog-friendly and willing to chat. It has it’s own paved walkway that goes around the entire island (it’s just under 3 miles around), that is open to walkers and bikers, and woofers. And it seemed like every house on the water had its own dock, outfitted with stand up paddle boards and kayaks. Everyone’s outdoor space was flawless but also lived-in … it just had the best vibes down there.

We didn’t make a big thing out of the morning — we walked along the perimeter of the island, just Al, Marty, and myself. We grabbed coffee at the local bakery and a frozen banana at one of the two famous banana stands (if you’re an Arrested Development fan, this is where that joke originated from!), and we made out loud plans to come back sometime and rent a place for a weekend with friends to spend time paddling out on the water or drinking beers with a view. It was a wonderful little morning, one of my very favorites. I am so very lucky to have this little family of mine! 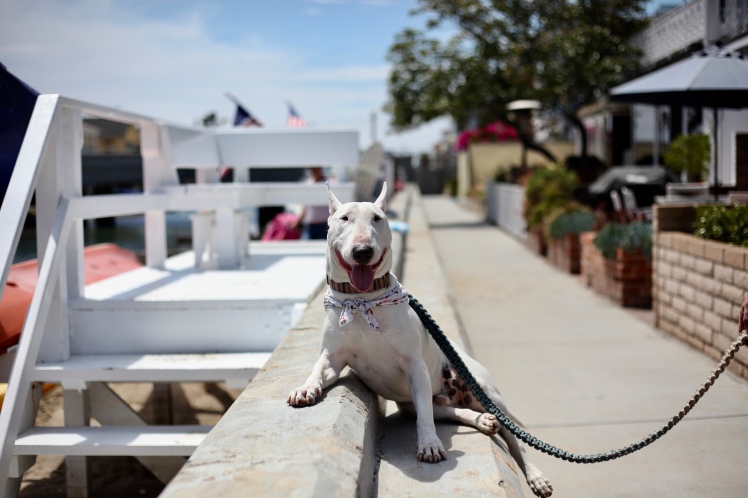 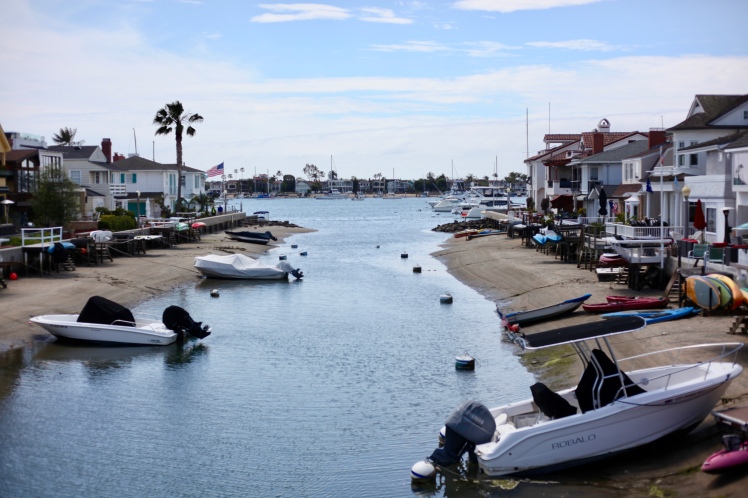